His latest book, The Telomerase Revolution, discusses prospective FDA clinical trials of telomerase therapy as an effective intervention for Alzheimer’s disease. His book was lauded in both The London Times and the Wall Street Journal (as one of the five best science books of 2015). It is now out in 7 languages and 10 global editions.
His academic textbook, Cells, Aging, and Human Disease, published by Oxford University Press, is an extensive look at the field, with well over four thousand references It reviews the fields of telomere biology and cell senescence as they apply to human clinical diseases and aging. Still the only medical textbook on the clinical potential of telomerase, it includes in-depth discussions of Alzheimer’s disease, the progerias, atherosclerosis, osteoporosis, immune senescence, skin aging, and cancer, as well as the potential for fundamentally new therapies for these diseases using telomerase therapy.

He received a joint BA and MA in psychology in four years from Wesleyan University, and then won an NSF fellowship. He completed his PhD in Neurobiology in 1978 and his MD (both at Stanford University) in 1981, where he taught neuroanatomy, experimental design, and other courses in the medical school. He began to focus on aging, emphasizing premature aging syndromes, and the experimental testing of aging theories. Dr. Fossel was a Clinical Professor of Medicine at Michigan State University for almost three decades. He frequently teaches courses on the biology of aging .

He was the director of the American Aging Association, the founding editor of Rejuvenation Research, has authored more than 60 articles, chapters, and books, on aging and ethics including those in JAMA (the Journal of the American Medical Association), In Vivo, and other academic journals. He has lectured at NIH and the Smithsonian Institute, and still lectures internationally.

Dr. Timmermans is a licensed naturopathic medical doctor with a passion for connecting with his patients and helping them overcome health concerns as well as optimizing human performance.

This passion drives him to think outside the box when working with patients to regenerate their injured tissues and avoid surgery, resolve chronic metabolic diseases, improve their capacity for elite performance, or improve their overall quality of life.

Dr. Timmermans completed his medical degree at the Southwest College of Naturopathic Medicine, where he also completed a residency in integrative pain management and regenerative medicine. In addition to his medical degree and residency, he has received advanced training in regenerative joint injections including prolotherapy, PRP, and autologous stem cell therapy, bioidentical hormone replacement (bHRT), IV nutrient therapy, and peptide therapy.  As a naturopathic medical doctor, Dr. Timmermans’ approach to resolving chronic disease and optimizing human performance focuses on finding and treating the root cause, assessing and treating the whole person, and helping the body heal itself.

Dr. Timmermans’ main passion, regenerative injection therapies, stems from his personal experience with a herniated lumbar disc and resulting chronic low back pain following a car accident.  He was introduced to, and treated with, platelet-rich plasma (PRP) in his 2nd-year of medical school, which completely eliminated the chronic low back pain he was suffering from.  It was at this point that Dr. Timmermans’ realized that he needed to share this with the world and help others who had suffered like him.  Once he began learning the art of regenerative injections, he knew he found his calling.

Dr. Timmermans is the founder and medical director of Regenerative Performance, an integrative medical clinic and stem cell center in Gilbert Arizona.  Through this clinic, Dr. Timmermans has helped men and women regain control of their health, and has helped hone the physical and mental performance of professional and Olympic level athletes, C-Suite executives, and many others who desire to live life to its fullest.

Matthew Cook, MD is a regenerative medicine specialist and the president of BioReset Medical in Campbell, CA.

He graduated from University of Washington School of Medicine in 1997 and completed his residency in anesthesiology at University of California San Francisco in 2001.

Dr. Cook is a board-certified anesthesiologist with over 20 years of experience in medical practice. Currently Dr. Cook is President of California Anesthesia and Medical Director of the National Surgery Center in Los Gatos, CA.  Dr. Cook’s early career as an anesthesiologist and medical director of an outpatient surgery center that specializes in sports medicine and orthopedic procedures provided invaluable training in the skills that are needed to become a leader in the emerging fields of Musculoskeletal Ultrasound imaging, nerve hydrodissection, and stem cell medicine.

Dr. Tyna Moore is the Owner of Core Wellness Clinic in Portland, OR.

For over a decade she has specialized exclusively in the application of natural pain solutions and regenerative injection therapies. As both a board certified Naturopathic and Chiropractic physician, she brings a unique perspective and expertise to the diagnosis and treatment of pain and orthopedic conditions. Dr. Moore practices exclusively Regenerative Injection Therapies and non-surgical pain management for orthopedic and musculoskeletal conditions.

Throughout her professional career, Dr. Moore has specialized in pain and musculoskeletal conditions. Her focus is currently on training, mentoring and coaching Naturopathic doctors in both business and marketing but also in excellence in prolotherapy and regenerative injection therapies.

Dr. Moore is a #1 best selling author and speaker and educates physicians as well as the general public online at www.drtyna.com. 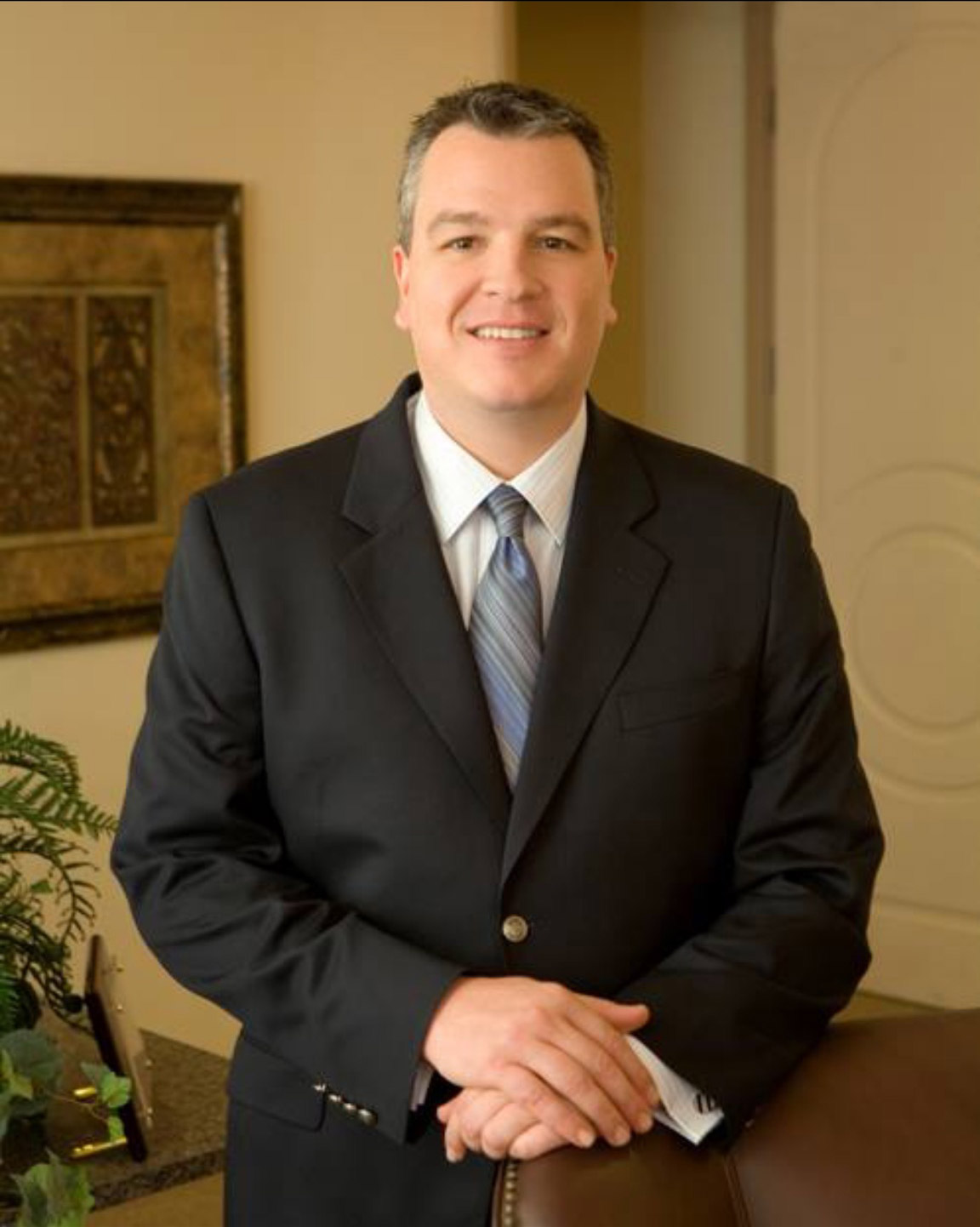 Dr. Todd Malan
Dr. Todd Malan is considered one of the true pioneers of fat derived stem cell therapies in the USA.

In October of 2009, Dr. Malan was the first U.S. physician to utilize adipose or fat derived stem cells for soft tissue reconstruction. He has described his techniques and experience as an author in two medical textbooks as well as having presented at dozens of stem cell conferences worldwide.

Dr. Malan has been pivotal in developing safe protocols for stem cell harvesting and deployment for regenerative medicine and has trained hundreds of physicians worldwide in the safe and effective use of adipose derived stem cells. Dr. Malan began to seek out ways to utilize adipose stem cells for regenerative applications after a close family member was diagnosed with multiple sclerosis (MS). Dr. Malan now divides his practice time into cosmetic stem cell procedures and regenerative medicine research for patients with chronic disease and degenerative disorders.

Dr. Malan frequently works in Europe with other global Stem Cell experts and has been the first to introduce several new stem cell technologies in the US. Dr. Malan is a nationally recognized speaker and educator on advanced body sculpting, and stem cell enriched fat transfer. He is a frequent guest speaker for organizations such as the American Academy of Cosmetic Surgery, American Society of Cosmetic Breast Surgery and the American Academy of Anti-Aging Medicine. Dr. Malan also has been featured many times in the media for his advances in stem cell assisted fat transfer techniques. 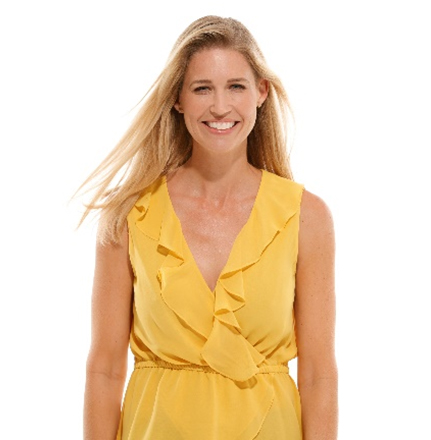 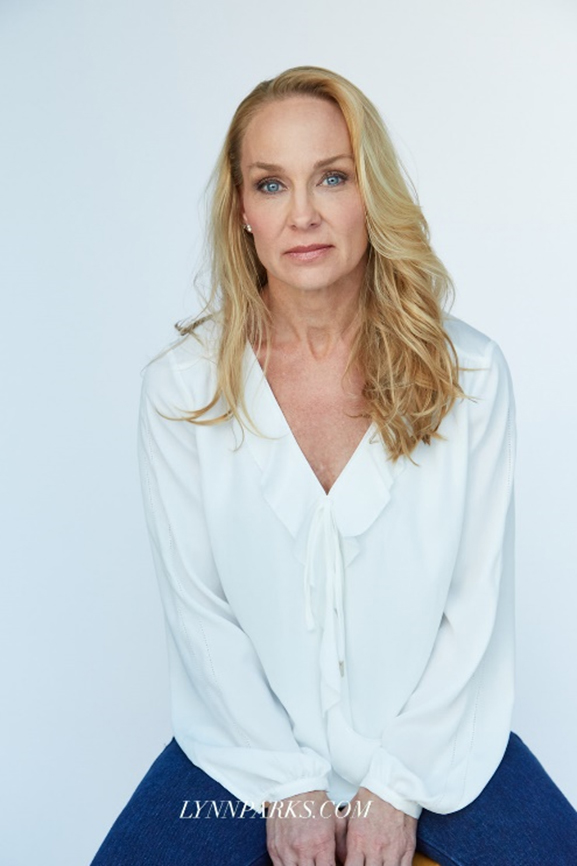 Dr. Sandra Kaufmann
Dr. Kaufmann began her academic career in the field of cellular biology, earning a Master’s Degree from the University of Connecticut in Tropical Ecology and Plant Physiology. Turning to medicine, she received her medical Degree at the University of Maryland, and completed a residency and fellowship at Johns Hopkins in the field of pediatric anesthesiology. For the last seven years she has been the Chief of Pediatric Anesthesia at the Joe DiMaggio Children’s Hospital and the Wellington Outpatient Facility.

Her avid interest in the science of anti-aging begun many years ago as an intense hobby. Utilizing her knowledge in cell biology, human pharmacology and physiology, this hobby has now become a main focus. The Kaufmann Protocol represents years of non-clinical research leading to the first ever, comprehensive theory of aging, complete with an explanation of why we age and the tools to decelerate the process. She is the author of The Kaufmann Protocol: Why we Age and How to Stop it that encompasses this information.

Dr. Kaufmann has lectured at innumerable Longevity conferences including RAADFest, People Unlimited, The Church of Perpetual Life and can been heard on talk radio as well as innumerable podcasts. 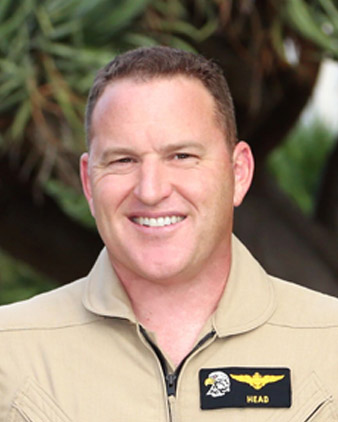 950 miles an hour. Now that’s fast. But it’s not nearly as fast as Ed Rush flew in his combat career as a decorated F-18 pilot which included over 50 combat missions and 2 tours to Iraq. While in the Marines, Ed served as the one of the country’s leading instructors on aerial dog fighting and recently worked as a key player in the development of the new F-35 Joint Strike Fighter.

After 2 combat tours to Iraq, Ed left full-time active duty to speak, write, and share a message that will change the world. Ed’s clients range from small startups to multi-million dollar – multi-national organizations and include CEOs, founders, political leaders, sports teams, national universities, Hollywood stars, and one of the contestants on Season #1 of Donald Trump’s The Apprentice.

He has achieved all of this despite possessing a below average intelligence (case in point: Ed failed Kindergarten).

Ed’s books and expertise have been featured on CBS, FOX, ABC, and NBC. To follow or connect with Ed, head over to: www.EdRush.com. 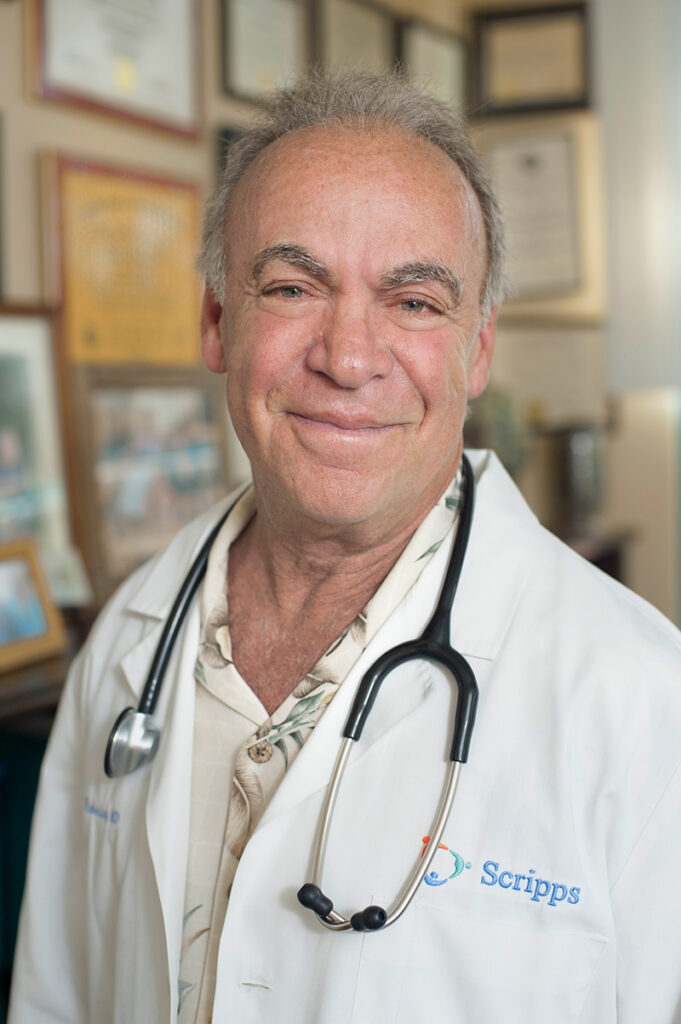 He founded the California HealthSpan Institute in Encinitas, California in 1996 with a commitment to transform our understanding of preventive medicine and to create program to maintain and improve optimal health as long as possible

Challenging traditional medicine’s approach, California HealthSpan Institute’s mission is to create a paradigm shift in the way we view medicine and aging and declining fitness: treat the cause. California HealthSpan now treats and designs custom programs for patients in California and worldwide. (From every continent except Antarctica)

Dr. Rothenberg has always challenged the medical field’s ability to embrace new information he has always fought to effect change with medicine that would help patients. Upon graduating from Columbia University, College of Physicians and Surgeons in New York,, Dr. Rothenberg performed his residency in Emergency Medicine at Los Angeles County-USC Medical Center. At the time, the specialty of Emergency Medicine (like Anti-Aging and Regenerative Medicine) was not widely recognized by the medical community. In fact, it was dismissed by most as unnecessary. Dr. Rothenberg, however, was passionate about the field, and went on to teach and practice Emergency Medicine and is a former Full Clinical Professor of Preventive and Family Medicine at University of California, San Diego School of Medicine. He has directed and participated in medical relief projects in Latin America and has done ethno botanical research in the Amazon.

Dr. Rothenberg has educated over 50,000 physicians who have attended his continuing education seminars. As the creator and director of the Postgraduate Institute for Primary and Emergency Physicians at University of California, San Diego, School of Medicine he helped create the specialty of Emergency Medicine by training physicians as this field emerged. Over the past 20 years he lectured worldwide on Preventive and Regenerative Medicine, Hormone Optimization and Stem Cells and is an investigator in adult stem cell transplant research. He had published multiple papers including Anti-Aging therapeutics in volumes I-X and is the author of Hormonal BioIdentity published in spring 2019, and Hormone Optimization (first and second editions)

Ron Rothenberg MD continues to enjoy his other passions: his family, his dogs and cats, surfing, mountain biking, and exploring Baja California and beyond. 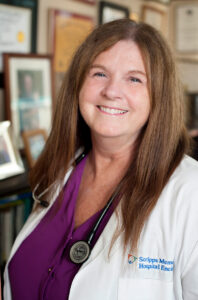 Kris Hart, MN, FNP, R.N.-B.C. ABAARM
Kris Hart FNP is the Associate Medical Director of California HealthSpan Institute in Encinitas, CA. Ms. Hart has been a health care provider since the 1970’s. Ms. Hart has a Master’s Degree in Nursing with Family Practice Nurse Practitioner certification from UCLA in 1987. She has completed 4 years postgraduate study. She currently is working in Emergency Medicine and Preventive/Regenerative Medicine. She has completed the Certification and Fellowship program in Preventive/Regenerative/ Functional medicine as an allied health professional. Ms. Hart’s background in family practice, critical care and emergency medicine and natural hormone optimization is extensive. She has lectured extensively to beginning and experienced physicians and published multiple papers and books in our emerging specialty of preventive and regenerative medicine. Ms. Hart is married and has 5 children and 5 grandchildren and enjoys spending time with her family.

More speakers are being added regularly so please check back frequently!